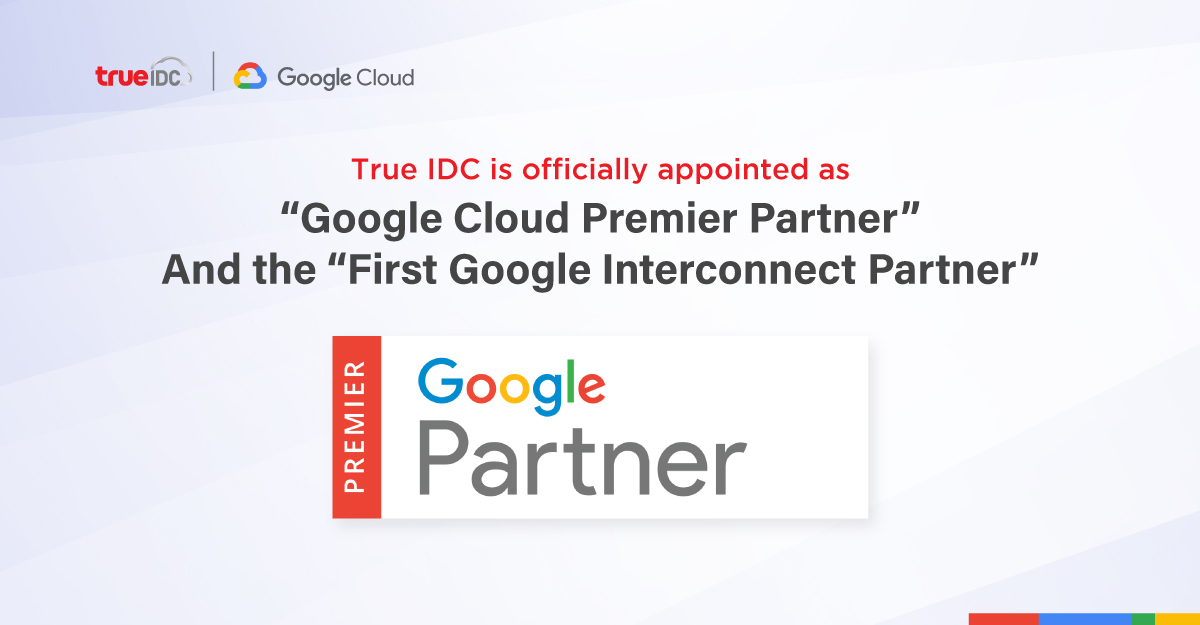 True IDC was one of the first service providers in Thailand to provide its own Enterprise Cloud service and international Public Cloud service. After Cloud technology had become more developed and more popular, many other Public Cloud service providers started to enter the market. Each of which had its own strength, prompting many organizations to use multi-Cloud strategy in order to choose the most suitable Cloud system to each of their services or applications. Then, when AI, Analytics and Cloud Container technologies began to gain a foothold, True IDC decided to create a partnership with Google, whose forte had been in such technologies, and started providing Google Could service in 2019.

Google Cloud Solutions Offered by True IDC Include the Following:

• Google Cloud (formerly known as Google Cloud Platform: GCP) – IaaS, PaaS and SaaS with Analytics as its main feature such as BigQuery, Cloud Data Warehouse Platform among others. 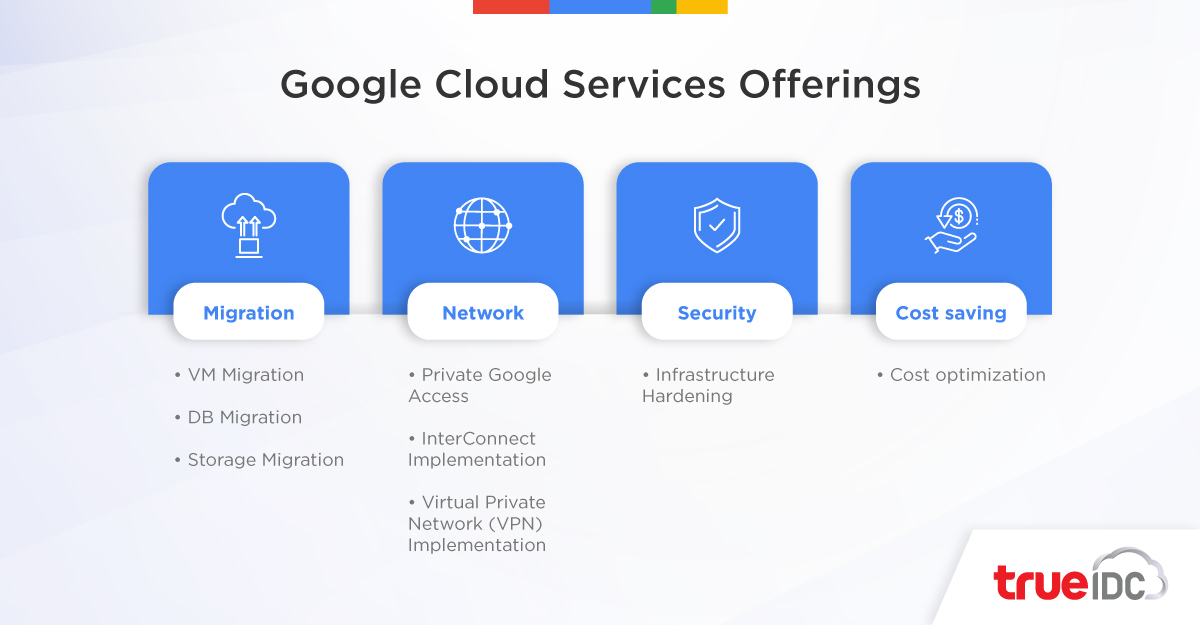 Promotion to a Premier Partnership

True IDC entered a partnership with Google Cloud and officially commenced the service in 2019. In the meantime, True IDC had been developing its personnel on both sales and technical sides by enrolling them in advanced certifying training programs while expanding the market and continually increasing the services to its customers. Then, in 2021, having met all the requirements, True IDC has been appointed a Premier Partner which is the highest rank of Google Cloud partnership. 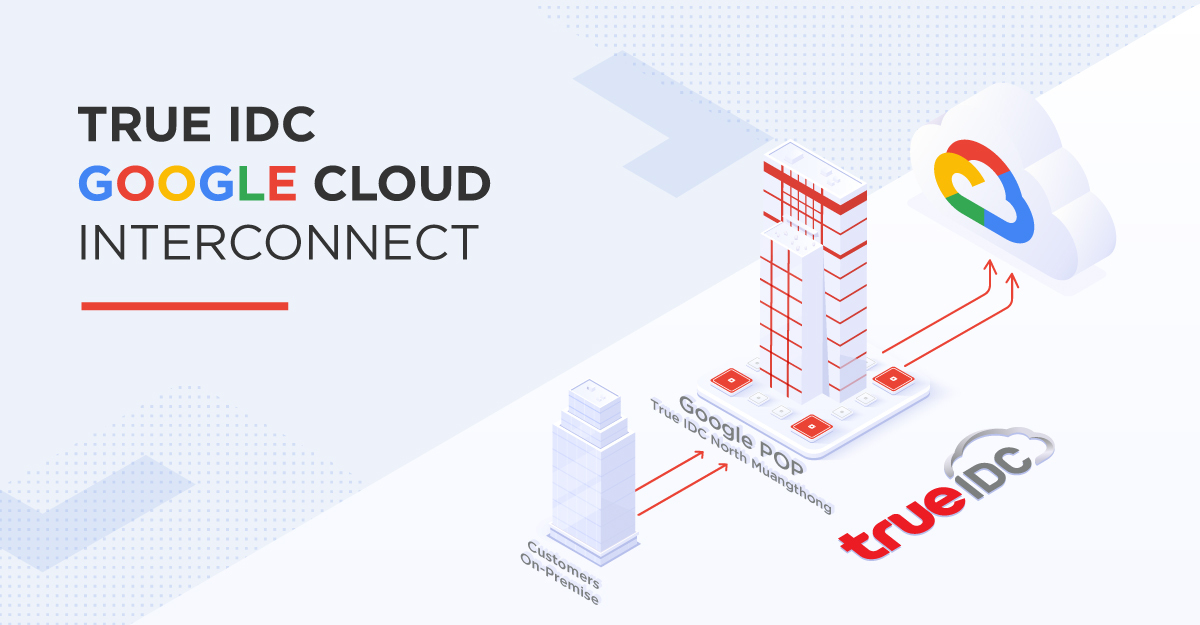 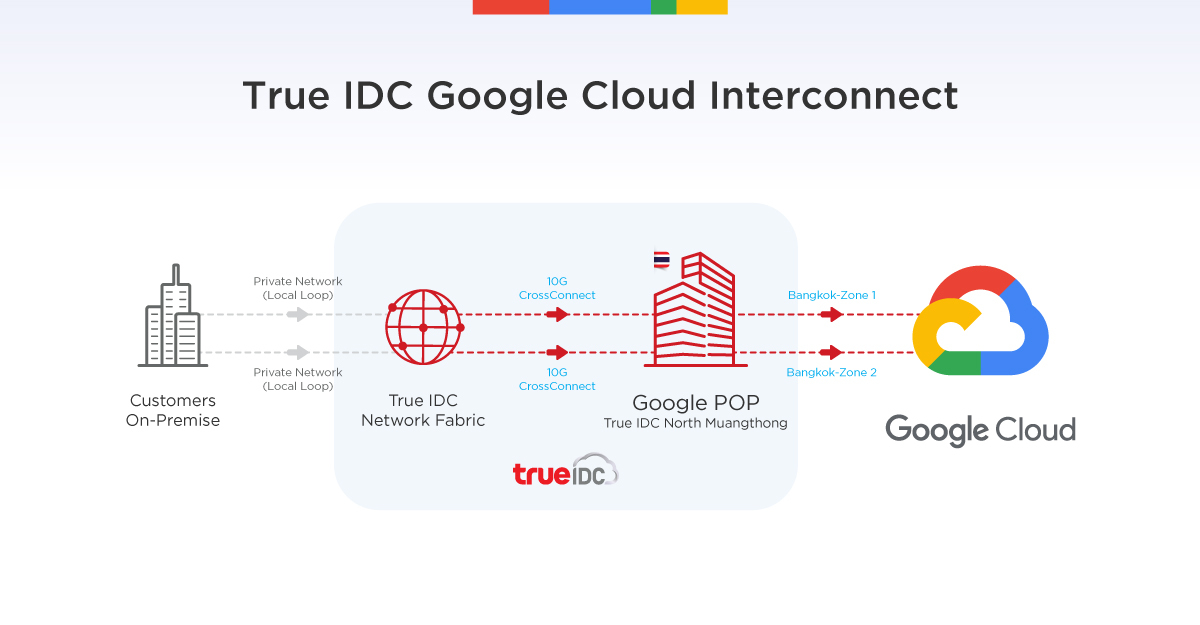 Having offered Cloud services including Private Cloud, Enterprise Cloud and Public Cloud for more than 10 years, True IDC can apply their expertise in offering Google Cloud service so efficiently that it has been promoted from an ordinary partner to a Premier Partner in a relatively short period of time. Presently, True IDC offers a full range of Google Cloud services covering giving consultation, analyzing business demand, designing and installing a new system, migrating from the old system to the new system as well as providing after-sales and managed services through teams of experts who have been trained and granted a professional-level certificate from Google Cloud. 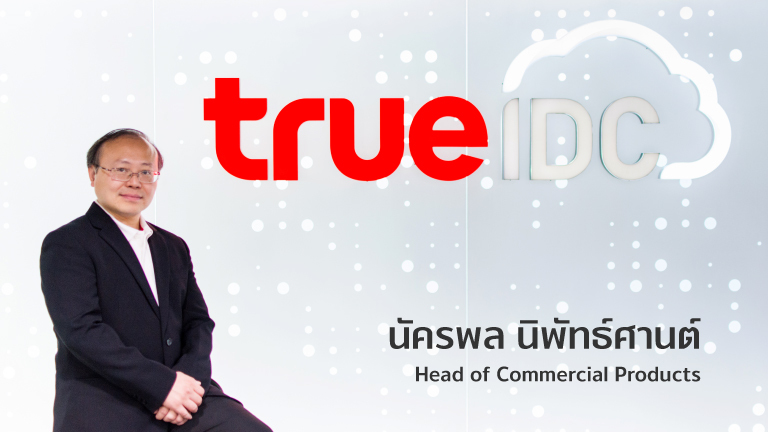 Besides Google Cloud, True IDC also offers a lot of leading Public Cloud services to increase its competitiveness, further its leadership in providing such services and meet the current multi-Cloud demand of various organizations.